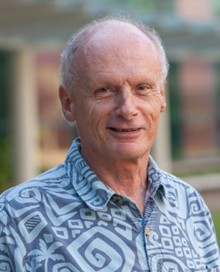 Dr. Le Marchand has conducted research on lifestyle and genetic risk factors for cancer of the lung, breast, and colorectum with uninterrupted NCI funding since 1987. His particular focus of research is the role of biological and environmental factors in the etiology and progression of cancer, especially in regard to explaining ethnic/racial differences in cancer risk and survival. He has conducted several case-control and intervention studies in Hawaii and is the founder of the Hawaii Colorectal Cancer Family Registry. Since 2012, he has been the contact PI of the Multiethnic Cohort (MEC) Study and the PI of a program project grant on obesity and cancer.

Early work showed that migrants experienced a major shift in cancer rates in one or two generations toward the rates of their adoptive country, suggesting that the environment (i.e., lifestyle), and not the individual's genetic make-up, plays a predominant role in determining cancer risk. However, lifestyle clearly does not account for all of the variability in cancer risk observed across individuals and populations. Indeed, it is generally accepted that most cancers result from the combined effects of the environment and genetics. These genetic factors and their interactions with environmental exposures remain largely unknown. My group has identified several "epidemiological anomalies" in which there is a large gap between the expected cancer risk profile of a population, based on lifestyle exposures, and the observed risk. These anomalies have provided unique opportunities to identify new risk factors and/or potentially important gene-environment interactions.

The Multiethnic Cohort Study is a powerful resource for continuing research efforts aimed at greater understanding of the environmental causes of cancer and other chronic diseases, and how these risk factors interact with genetic variants to explain some of the ethnic/racial disparities in cancer risks in the U.S. population. It is our hope that this work ultimately will provide useful insights into the prevention, early detection and treatment of cancer.

Subcontract to University of Hawaii